A few days before my husband and I got married, I stayed at my sister-in-law’s house. This was my first real introduction to Indian cooking. There were many new tastes and textures, but I was most intrigued and in awe of the bread making. In all the time my husband and I dated, I had never once seen my husband make bread or heard him talk about making bread. Yet in those days before marriage, he skillfully made all types of breads without measuring or a recipe. To say I am the least skilled bread maker on my Indian side of the family is and understatement. I am playing catch up in a game where everyone else has a lifetime head start. However, I am slowly learning different recipes and building my confidence. One day maybe my own children will be in awe of my own bread skills. That day isn’t today. 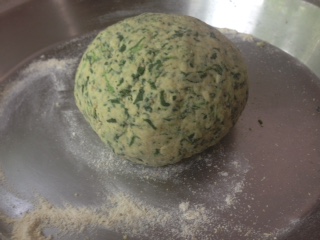 Although I am not yet an expert in breads, I have improved and gotten pretty good at some recipes. Spinach paranthas is a bread I have made over 5 times at this point and feel fairly confident that I can make a decent, passable version. I would not advise basing all of your bread-making knowledge off of me though. If you want to learn about making Indian breads, you will need to get closer to the source than me. If you would like to see a white lady’s best effort at Indian breads, keep reading. 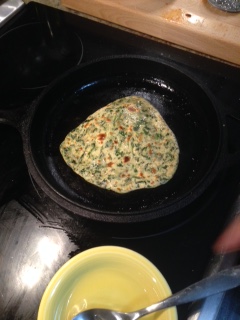 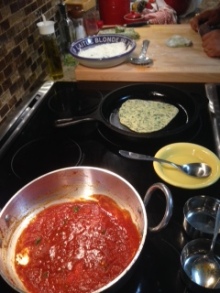 One thought on “Spinach Parantha” 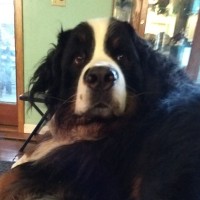 Follow One Half Indian. on WordPress.com
Home Ready 4 Life

Manger
A CupCake For Love
lezoemusings.wordpress.com/
Made in Rome

A blog by a couple that met in Rome

Cooking Up The Pantry

A PINCH OF INSPIRATION

Celebration of simply being a woman

May the pans be ever in your favor

The taste of the thing that goes into your mouth should lead to the swallowing of it. -- The Mollys

Living, Drinking and Eating in Burgundy

It's All About Food

A place to create & celebrate

for the love of travel, cooking, art, cultures, and (you guessed it!) falafels

a journal of my experiences with food

Something Clean Something Green